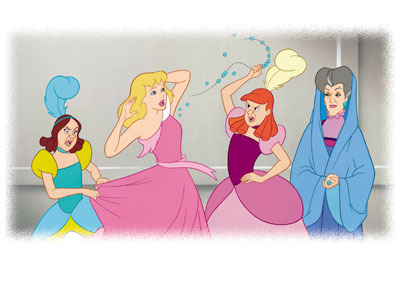 Once upon a time there was a loving couple with a beautiful young daughter called Cinderella, but unfortunately her mother fell ill and passed away. After some time of grieving, her father decided to re-marry the evil Lady Tremaine, who moved into their family home with her two horrible daughters.

Cinderella’s father unfortunately followed in his beloved wife’s footsteps and passed away, stupidly leaving NO WILL! This meant Lady Tremaine inherited everything and was left as guardian to his beloved daughter, who was terribly mistreated and slowly became a slave, rather than a step-daughter. She spent her days cleaning, cooking, running errands for her evil step mother, and being constantly bullied by her awfully cruel step-sisters. If her father had simply left a will, his daughter would be living in safety and comfort rather than locked away in the tower with scraps for her dinner.

If you have children under the age of 18 a will is a MUST, or all your assets could end up in the wrong hands, and your children could be left with nothing.

Make sure your family has a happily ever after by making a will today.

For a free consultation with one of our team, click Apply Today!