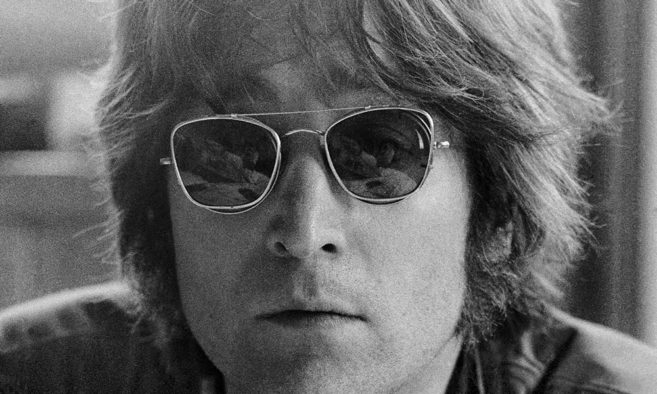 When John Lennon of the Beatles was tragically murdered in 1980, his controversial widow, Yoko Ono, took charge of his legacy and his fortune… but where did that leave his two sons? As arguably the most successful songwriter of all time, what did Lennon leave behind?

And what did the King of Pop have to do with John Lennon’s legacy?

He famously sang “All You Need Is Love.” When it came to leaving money for his first-born son, John Lennon must have had that song in mind, because he apparently didn’t believe that Julian needed money.

In fact, according to Lennon’s first wife, Julian’s mother Cynthia, the man known as the “cool” Beatle was a cruel negotiator during their divorce. Cynthia says he refused to give more than £75,000 pounds for her and Julian, supposedly telling her she wasn’t worth any more.

As part of the 1967 divorce, Lennon created a trust for Julian to receive £100,000 pounds when he turned 21, but he had to split that equally with any other children born to Lennon. From then on, Lennon saw his son Julian no more than once per year, and sometimes went years without seeing him at all.

The story was much different before the divorce. Julian and Cynthia lived with Lennon for Julian’s first five years of life. Reportedly, Lennon set up a trust at that time, with about £250,000 pounds for Julian to receive when he turned 25. But when Yoko Ono came on the scene — helping to end Lennon’s first marriage — Lennon’s relationship as a father to Julian, for all practical purposes, ended as well.

Cynthia wrote in a book that Julian and his father started to become closer at the very end of Lennon’s life. But, in a 1980 interview – not long before he was shot and killed – Lennon said that Julian was born from an unplanned pregnancy. He even said Julian “came out of a whiskey bottle,” unlike Lennon’s son born later from his marriage to Yoko Ono.

So it should not have come as a surprise that when John Lennon’s will was revealed, it left everything to a trust controlled by Yoko Ono and an accountant, the beneficiaries for which are believed to be Ono and their son, Sean.

Julian was reportedly left out in the cold. Also, because Ono was named as the sole executor of John Lennon’s estate, it gave her complete control over John Lennon’s image, legacy, and much of his song rights.

Of course, Lennon had also given Ono similar control while he was still alive, by giving her power of attorney. Ono used that power to invest Lennon’s money in real estate, art, Egyptian artifacts, and even livestock (including 122 cows and 10 bulls).

Despite Ono’s unique investing style (or, perhaps, because of it), Lennon died with an estate worth a reported £220 million pounds. Ono has continued to manage the estate, along with Lennon’s image and royalties, to bring in around $12 million per year in earnings. It could have been higher, except that much of the Beatles catalog of music was sold in 1985, for $47.5 million. Who was the buyer? Michael Jackson, of course!

Julian did not take being snubbed from the John Lennon estate lightly. He sued, engaging in a long battle against Ono for a share of the fortune. Julian felt that Ono had improperly influenced Lennon. Eventually, they settled the dispute, but not until 1996 – 16 years after Lennon was killed. While the amount of the settlement is confidential, media reports place the figure at around 20 million pounds.

For his part, Julian said he couldn’t disclose how much he received, but says what he received wasn’t what he considered to be fair. He felt it was much preferable to the alternative — facing a lengthy court battle against Ono when she had the wealth of the estate behind her.

The John Lennon estate teaches a critical lesson about estates. Often, no one wins when a family faces a long and expensive probate fight, which is far more common than most people realise (especially in second-marriage families). Julian was probably wise to settle when he did, allowing him to get on with his life and save a small fortune in legal fees.

It’s usually not easy to challenge someone’s will or trust – at least without strong evidence of mental incompetency or undue influence. These can be hard to prove, especially when the will was prepared for a person who was young. Lennon was just 39 years old when he signed his will, about 13 months before he died.

Sometimes, other family members (or even non-family members) can force your hand and leave you no choice but to battle it out in probate court. If so, be prepared for emotional turmoil, many stressful months or even years, and a big financial hit. If you have a chance to reach a reasonable settlement, it is usually much better than the alternative.

If you’re reading this with no will – or you’re on a second or third marriage – or have children by other partners – make sure you get your affairs in order – remember blood is thicker than water – your children’s inheritance might be diminished by your current plans – or they may not receive anything at all.

3 thoughts on “All You Need Is Love…”