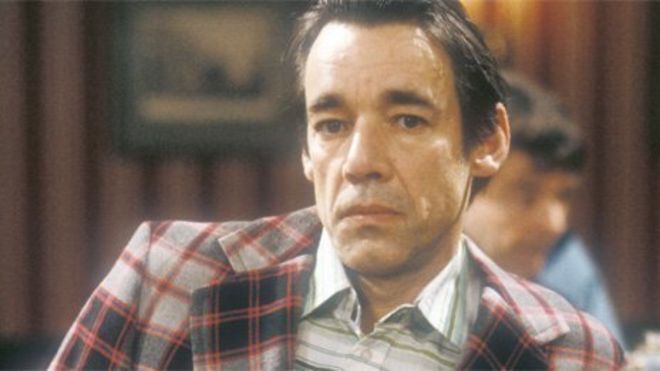 He was affectionately known to millions as the dim-witted Trigger in Only Fools And Horses.

And Roger Lloyd-Pack has left a legacy worthy of his character – as his family may miss out on some of the late actor’s £1.4 million fortune because he failed to leave a will.

As he did not leave a will, his estate will be shared between his widow, Jehane Markham, and his four children – actress Emily Lloyd and sons Spencer, Hartley and Louis.

However, thanks to Intestacy rules, thousands of pounds more may now be owed in tax than if he had left a valid will.

That means all the tax that his estate will pay could have been saved – every single penny!!!!!

Lloyd-Pack, who studied acting at RADA, starred in Only Fools And Horses for ten years, alongside David Jason as Del Boy and Nicholas Lyndhurst as Rodney.

He was also known for his role as oddball farmer Owen in another enormously successful BBC comedy, The Vicar of Dibley, which also starred Dawn French.

His first marriage to Sheila Ball in 1967 led to the birth of their daughter Emily, now 48, who rose to prominence with a role in the film Wish You Were Here at the age of 16. Roger Lloyd-Pack then had three sons with his second wife, Ms Markham.

Under Probate Law Roger Lloyd-Pack’s children would be automatically entitled to a share of his net estate after funeral and legal expenses, meaning they could receive an amount liable for inheritance tax.

The tax bill would depend on the value of Lloyd-Pack’s belongings. Rogers Lloyd-Pack’s widow would be likely to receive about £250,000, as well as all his personal belongings. By law, his children would then automatically get half the remaining value of the estate, creating a potentially large tax bill.

Based upon the figure he has left, there will be quite a significant inheritance tax liability. The intestacy rules only apply to assets in Roger Lloyd-Pack’s own name.

The potentially large tax bill could have been completely avoided – just by having a will in place.

Fans of Only Fools And Horses cherished Trigger’s moments of comedic stupidity. In one episode, when joining a dating agency, he pretends to be a bus conductor ‘to add a bit of glamour’.

In another scene, Del Boy remembers his school football team, saying: ‘We had Denzil in goal, we had Monkey Harris at left back, we had … camaraderie,’ to which Trigger replies: ‘Was that the Italian boy?’

Trigger’s habit of calling Rodney ‘Dave’ prompts Lyndhurst’s character to tell him in one episode: ‘My name’s not Dave, it’s Rodney.’

A startled Trigger then asks: ‘Are you sure?’

Don’t fall into the same trap as Roger and leave your family exposed to Intestacy rules it can be very expensive disruptive and cause your family and loved ones unnecessary heartache. This is all completely avoidable.

Click here to get more information and help, or feel free to contact us directly see details below.